The Orangery was developed from an carpentry shop where they made the stairs and window frames for the houses being built in Wandle Road in the 1890s'. The land was bought by Nicholas Castagli, who did up several houses in the street before developing The Orangery in Georgian style using old pine doors and fittings. We were its first owners.

The house is approached through a tunnel between two houses and is protected by an electric gate. It has its own driveway and a parking area sufficient for two cars. Looking through the gate from the roadside, one couldn't see the house or even the cars, so it was very secluded.

The garden was paved and planted when we moved in. 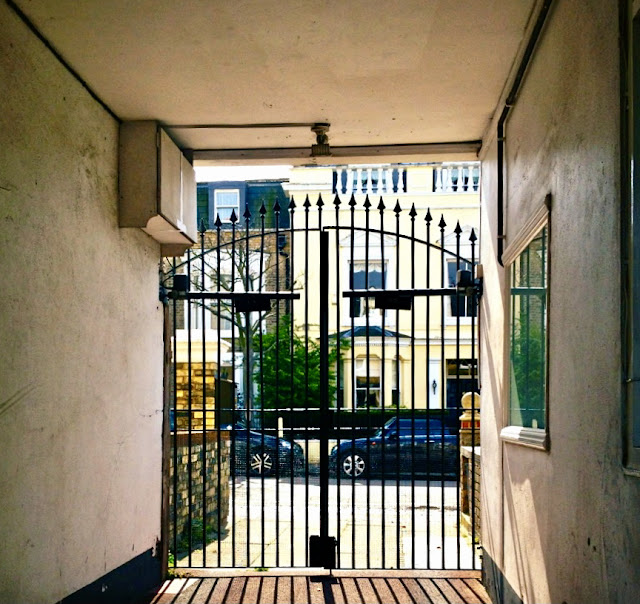 The entrance to The Orangery from inside the gateway 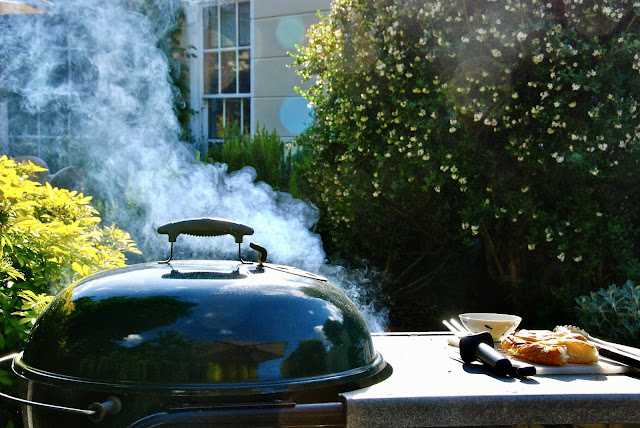 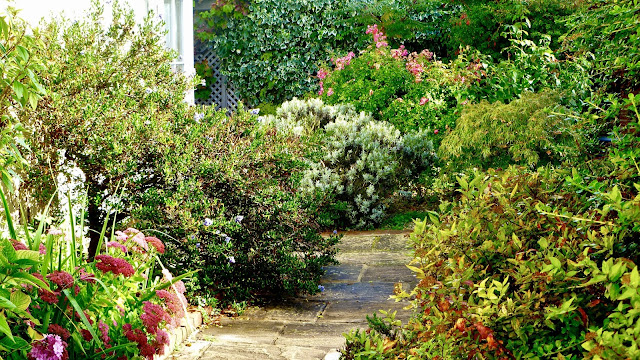 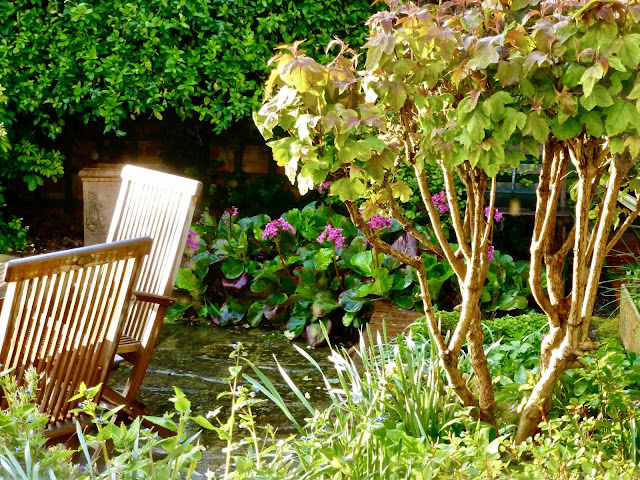 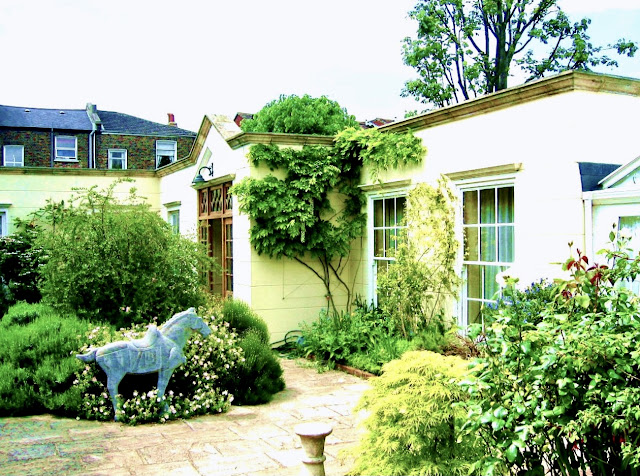 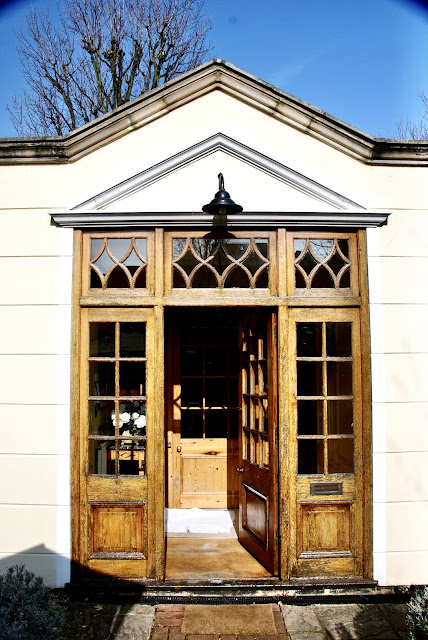 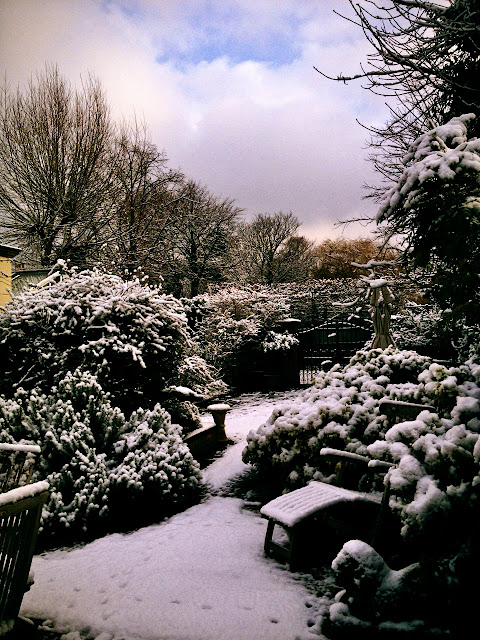 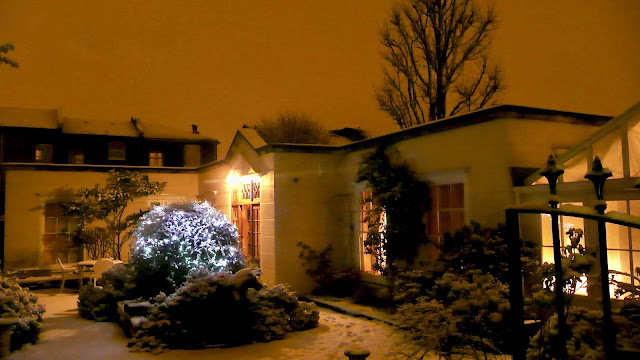 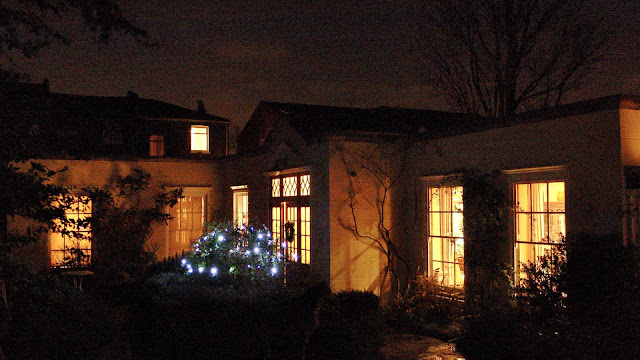