On 19th July 1979, the Atlantic Empress, a VLCC of 128,000 grt, fully laden with crude oil from Ras Tanura, was sailing at full speed northwards towards Beaumont, Texas, when she was in an almost head-on collision with the Aegean Captain, another fully laden VLCC sailing from Aruba to Singapore, 18 miles east of Tobago. The collision occurred in heavy rain and thick fog and the two ships did not sight each other until they were 600 yards apart. Aegean Captain changed course, but it was too late; at 7:15 p.m, the two ships collided, with the Empress tearing a hole in the Captain's starboard bow. Large fires began on each ship which were soon beyond the control of the crews. On the Atlantic Empress 26 men died, and one on the Aegean Captain. The master of the Atlantic Empress jumped off the stern of the ship into the flaming sea and survived after spending almost two years in a hospital in Houston recovering from his burns.

The Atlantic Empress burned and eventually exploded and sank on 3rd August, having spilled 287,000 tons of oil into the sea, the largest spillage of oil from a ship ever recorded. The Aegean Captain spilled almost 10,000 tons of oil but was taken into Curacao where her remaining cargo was off-loaded. Salvors Smit International and Bugsier attempted to salve the Empress and managed to get a line onto her to tow her further away from land, but could not save her.*

The huge pool of spilled oil threatened both Tobago and the Windward Islands and pollution equipment and defences were flown to the area and deployed, though to little effect. Very fortunately, however, the winds and currents carried the oil away from land and it was broken down by the sea and no pollution occurred. The Empress's remaining cargo solidified at the bottom of the ocean and similarly caused no pollution thereafter. 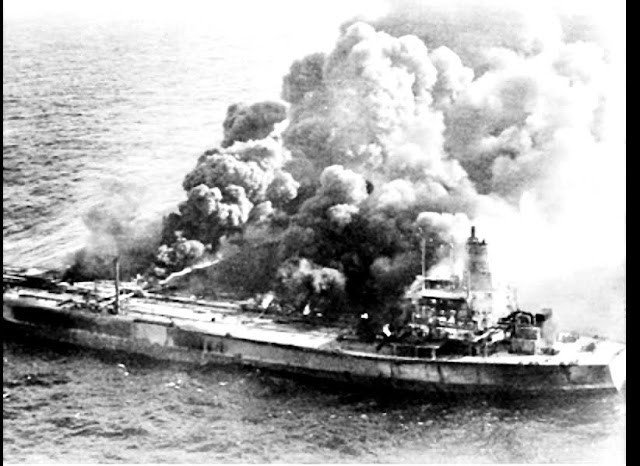 At the outset, I had appointed Richard Shaw, then of solicitors Elboune Mitchell (and soon after, Shaw & Croft) an experienced Admiralty lawyer, to act for the Empress, while my colleague John Jillings appointed Rob Wallis of Hill Dickinson to act for the Captain. A game then ensued to establish jurisdiction for the claims between the two ships, which were enormous - in excess of $100m, I appointed Alan Ballie and John Kimball of Healy & Baillie to act for the Empress in the United States as it was likely that jurisdiction would be founded there, given that the cargo on the Empress was owned by Mobil, who's claim, for $60m, was the largest. Mobil's cargo underwriters appointed Ralph Evers of Clyde & Co to act for them. A considerable legal battle then ensued, in which much turned on the judgment given in a celebrated collision case by Henry Brandon.

Under US law, the 'Both to Blame' collision rule applied which gave cargo interests an almost automatic 50% of their claim, and so Mobil's claim was settled for $30m, which I paid through Richard Shaw's fledgling office, a transaction which he said 'kept his bank manager quiet for the rest of his career'.

Both sides were gearing up for a huge and expensive battle in court in the United States to deal with the remaining claims, including the total loss of the Empress, when we managed to arrange for both parties to meet in our boardroom at International House and settle the case on 'private terms', saving many hundreds of thousands of dollars in legal fees alone.

Richard Shaw and Norman Baptist, who was the Empress's insurance and claims man in London, remained very good friends, and we used to hold an annual lunch to remember one of the largest and most significant cases we and the Club ever handled. Sadly, both Richard Shaw and Norman Baptist have now died. But the case remains in the Guinness Book of Records as the largest ever spillage of oil from a ship.

*Under the terms of the standard Lloyd's Open Form Salvage Contract, the salvors agreed to perform their services on the basis of 'No cure; no pay' and so as the Empress had sunk, they were entitled to nothing. However, the Empress was entered in the UK P&I Club and the Directors were asked to make an ex-gratia payment to the salvors of $1m under the Club's Omnibus Rule, which they agreed to do. This manifestly unfair system was eventually modified through the work of Terence Coghlin, and payment to salvors for the protection of the environment was made possible with the addition of a SCOPIC clause to salvage contracts.

Posted by Herry Lawford at 5:32 pm