Stockbridge in the Age of the Coronavirus - July 2020

The story began far away on 4th January 2020 when the WHO tweeted that there was a cluster of pneumonia-like cases of unknown cause in Wuhan. On 9th January the Chinese Authorities determined that the outbreak was caused by a novel coronavirus, named later by the WHO as Covid-19. On 21st January WHO tweeted that there was evidence of human-to-human transmission and the first two cases in the UK were publicised on 31st January. By 9th March, there had been 100.000 confirmed cases globally and the WHO categorised the virus as a pandemic.
In the UK, our inaction has been well documented, but on 23rd March the government, at last, ordered us all to 'stay at home'. The Lockdown, as it became known, lasted until 13 May when some easing was allowed and further on 14th June, when all non-essential shops were allowed to reopen. On 4th July, pubs and restaurants could again welcome customers, though under strict conditions. The Lockdown, therefore, lasted 51 days or almost two months.

The town responded to the Lockdown magnificently. A plan called 'Help for Stockbridge', written by Roger Tym and David Roberts, divided Stockbridge up into 12 sections while Chantal Halle recruited volunteers who were then assigned to each section*, Particularly vulnerable people were identified and leaflets distributed offering help, with a named 'buddy's' email and telephone number and list of what could be given. Listed services provided were shopping, prescription pick-up and drop off, posting letters and friendly chats to help with people feeling too isolated and alone. Counselling services from Ali Deveral were also offered for those who were struggling with Lockdown, together with medical assistance in case of emergencies from Emma Montgomery, a nurse. 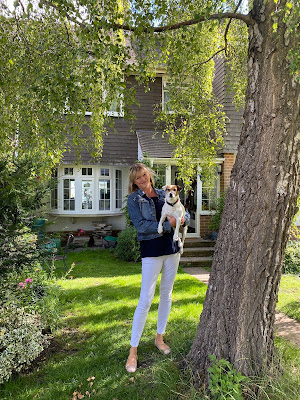 As the group developed, they were offered the use of the kitchens at Stockbridge Primary School by Emma Jefferies, the head, and free lunches were cooked by the school chef, Shawn, and delivered to vulnerable residents as requested until the children started to return at the beginning of June. 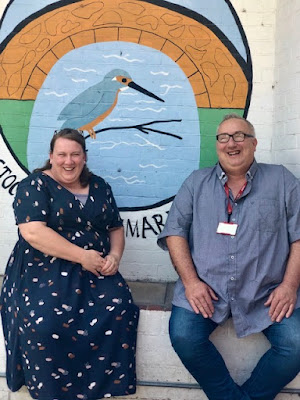 Thereafter, some of the traders stepped in and Prego, Thyme & Tides and Robinson's donated lunches at a very low price (£2.50 per lunch for Thyme & Tides and Prego and cost price from Robinson's for their fresh-frozen meals). Vishnu at the Co-Op also offered free baked goods when he had deliveries available. Chantal Halle prepared Robinson's meals with some vegetables and the buddies picked them up and distributed them.  On Mondays and Fridays, various volunteers cooked, and again the buddies picked up from their houses and distributed them.  There was no charge for the lunches, but donations were welcomed and given. Thanks are also due to Cllr. Andrew Gibson of HCC and  Imogen Colley and David Gleave of TVBC for grants.

And some of us were lucky enough to be on Liz Cox's list for her delicious lemon drizzle cakes that she would normally have sold in the Community Market (which has fortunately now re-opened). 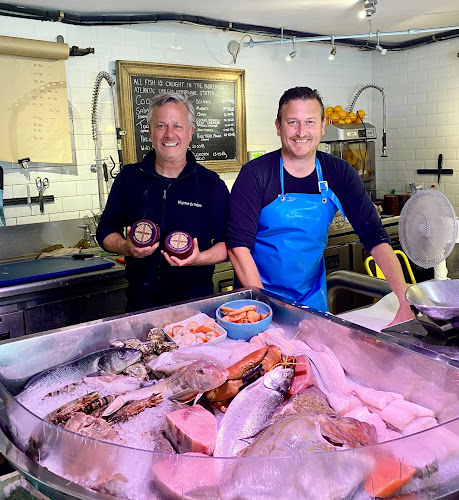 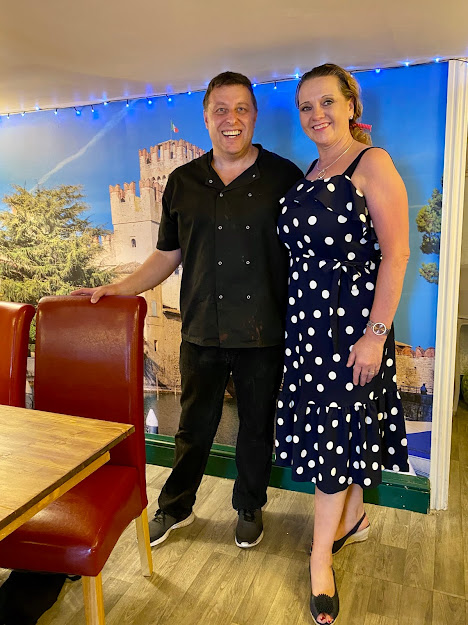 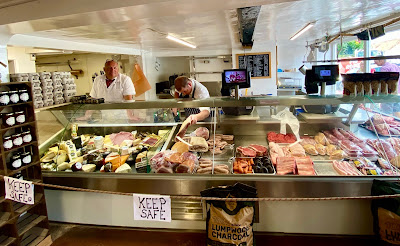 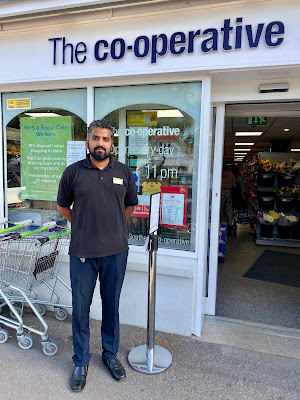 There have been no deaths in Stockbridge from the virus, although some have fallen ill and and strictly isolated themselves, before recovering.

Stockbridge was strangely quiet throughout Lockdown, and even now has not recovered to its usual busy state. The government guidelines have become beset by mixed messages so that people aren't really sure what they can and can't do, but the wearing masks has become mandatory and the shops have been assiduous in making themselves as secure as they can, with one-way systems and hand sanitizers and in the case of Beccy's the greengrocer, allowing ordering only from outside the shop. 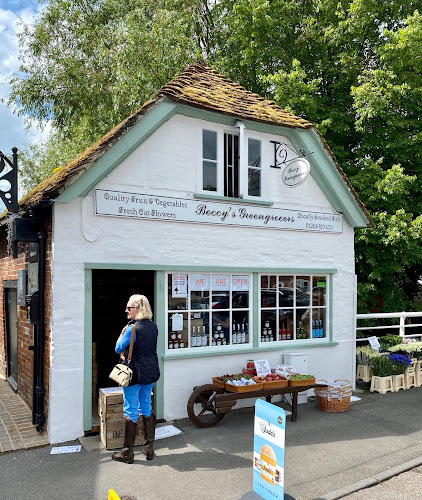 The Parish Magazine of July 2020 included these two pieces, thanking those who had provided help and food to those unable to get out: 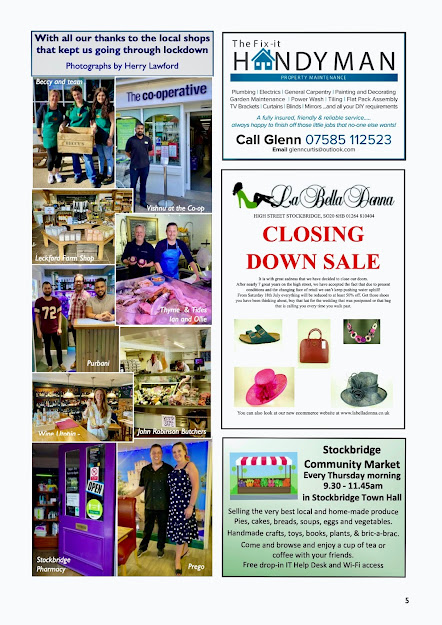 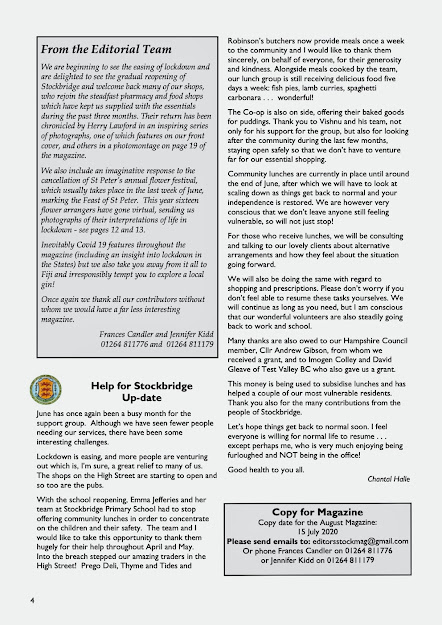 The gardens at the east end of the town were to have been open for the Church in July, but had to remain unvisited. I did, however, manage to visit them and a photo of each of the gardens was included in the Parish Magazine. 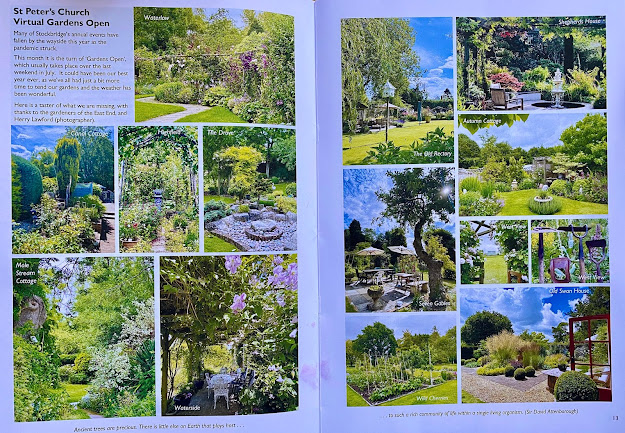 The latest development (29th  July) has been the introduction of barriers along the High St to allow better social distancing, particularly outside the main food shops where people tended to gather. 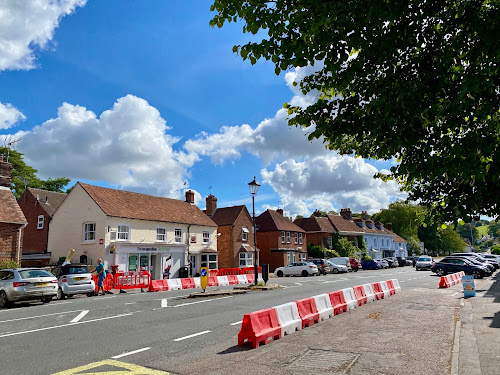 Thoughts of Others on Social Distancing and Lockdown

Posted by Herry Lawford at 2:54 pm